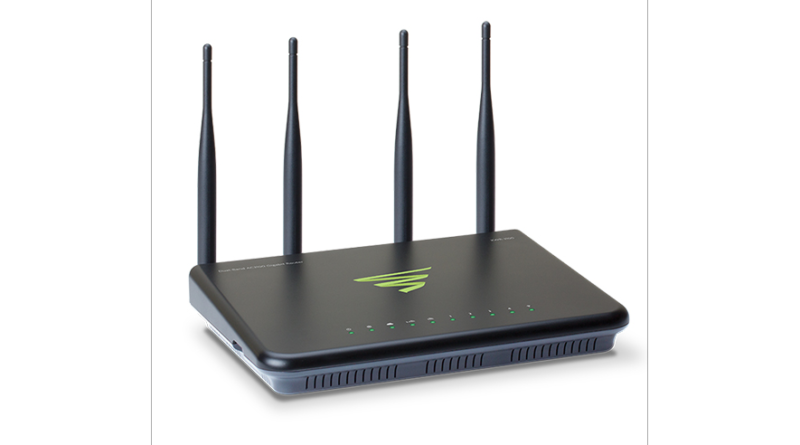 Full disclosure: Luxul is an advertiser in several TIG publications.

We visited the Luxul headquarters in Utah late last year and in the course of discussions, we talked about wireless routers and wireless access points and some of Luxul’s philosophy regarding product development. Luxul uses an authorized, professionally trained dealer network to distribute and install their products, as they are intended for more robust smart home networks. I mentioned my own personal situation, having recently moved to Colorado and how I was in the process of researching an upgrade to my wireless network. They asked if I wanted to test some of their gear, and I said, “Of course. Ship me what you think would work in my new digs and I’ll write up a review.” So, months later, here it is.

Background. I’ve been using Cisco enterprise-grade routers for years. I’m comfortable with the set-up – which isn’t always intuitive when dealing with security and VPNs, etc. – but I’m comfortable with networks in general and our last house wasn’t difficult to set up wirelessly. We had a 2,500 sq ft, single-story ranch house and I was able to mount the router in the dead center of the floor plan. So I had excellent coverage for the four computers, tablets, phones and a guest network. I never had any issues with the wireless coverage. And Cisco always provides great security and VPN capabilities.

Last year, we moved to Boulder County and into a 3-story 5,000 sq ft house. We opted out of cable TV and set up three streaming video centers (one on each floor). Plus our home office computers (4) and tablets, phones and a guest network that is getting used quite regularly. It was then that I starting noticing wireless signal loss. Since we have 200 Mbps Internet speed coming into the house (I’ve measured this off and on over the past year and it varies, with a low of +- 150 Mbps), I figured my 4-year old Cisco router was the culprit. Ergo, my conversation with Luxul about my need to upgrade and/or add wireless access points.

The product. This is where things get a little weird. Stay with me on this. So I get this big box of gear from Luxul – the Epic 3 Router, the AC1900 Dual-Band Wireless Access Point and the PDU-8 Network Power Distribution unit. (Next week I’ll review the AC1900 and the PDU-8.)  Initially, I figure I’ll just test the Epic 3 versus the Cisco – apples to apples – and see what the actual performance is for this wireless router. I mean, that’s what I really want to know – will this new wireless router work for me. I unbox the unit and it looks very straightforward – Dual-Band 802.11ac with 4 omni-directional antennas, rated at up to 600 Mbps performance. Four Ethernet LAN ports and one 3.0 USB input. Then I realize this unit has an MSRP of $439. Wait a second! Where’s the 10 Gb port and the WiGig 60 Ghz, 4.6 Gbps wi-fi? Because routers in this price category have those features. Not to mention more LAN ports and USB inputs. Okay, I take a deep breath and remember Luxul mentioning their proprietary Beamforming technology and how they believe it is superior to other routers touting that technology. Performance first, features second. And, at the end of the day, its performance that wins out – not features I might not use. Additionally, I hadn’t taken into account that the Epic 3 comes equipped with Domotz’s remote system management firmware, which is a pretty cool feature (more on that later).

Set Up. It took me all of a minute to get the new wireless router up and running. It practically set itself up. Again, I recalled our discussions and how most CI (custom integration) firms are not IT wizards and Luxul wanted to deliver as intuitive a set-up process as possible. The UI is extremely well laid out. And setting up security and VPN components were equally a snap. I wish more IT products followed Luxul’s lead. You could see that someone was actually concerned with making the product user-friendly. The only assistance I needed was in setting up the Domotz management component – they had to walk me through the process of getting the Epic 3 to shake hands with Domotz’s on-line product registration. It was actually quite simple and if I had to install another Epic 3, it would add another minute to my set up time. So, A+ on setting up the Epic 3.

Performance. Let me cut to the chase – this router rocks. No lag, no dropping out of HD on any of the video streaming centers or computers, VPN works like a charm and (knock on wood) no security breaches. In fact, the nicest thing about the Epic 3? We don’t ever think about it. Since I installed it, we haven’t had a conversation about why the picture suddenly sucks or why it’s taking so long to download a file. It just sits there doing its job and we have one less issue to deal with in our busy lives. Wasn’t that precisely what the brand promise of technology was always supposed to be?

So here’s my theory on why this unit is such a stellar wireless router. Beamforming – which works like this – it directs signals toward each client, focusing the data transmission so more data reaches each targeted device instead of radiating in all directions equally. Now, many routers use the term beamforming. I’m not sure what Luxul’s proprietary technology is along these lines, but the performance speaks for itself.

The other cool thing is the incorporated Domotz platform. Here’s how that works for anyone unfamiliar with remote system management. Domotz is a platform that constantly monitors remote networks and the devices connected to the network – which is basically your entire house (if it really is a smart home!). In case a device drops off the network, you can be notified via SMS or email so you can look into the situation. In a majority of cases, a simple reboot might just fix the problem, as is the nature of products built around microprocessors. For more severe outages – let’s say you get a text that your wine cellar’s humidifier isn’t responding – it has the potential to save the homeowner big bucks. Remote monitoring is pretty standard procedure when it comes to network and smart home management tools.

Final thoughts. As I mentioned up top, I realize that whatever technology I buy today most likely will be obsolete in a year or two. That’s the nature of the beast. So when I do invest in new technology, I look for products that will solve my initial problems, without spending money on feature sets I’ll probably never use. (Like 4.6 Gbps technology for gamers – that’s not my scene). That’s why I’d recommend this router to anyone looking for a straightforward wireless solution. It works damn well (especially with the AC1900 wireless access point – more on that and our 4K upgrade ‘issues’ in next week’s article) and you won’t have to worry about your wireless network for the next few years. And that’s all anyone would want in a wireless network. Because in a few years, when everyone is walking around with VR headsets and having their robot mix the martinis while switching channels on the 8K video rig, who knows what the network performance will have to be to enjoy seamless Wi-Fi. So until then, I recommend the Epic 3 from Luxul – it gets the job done.