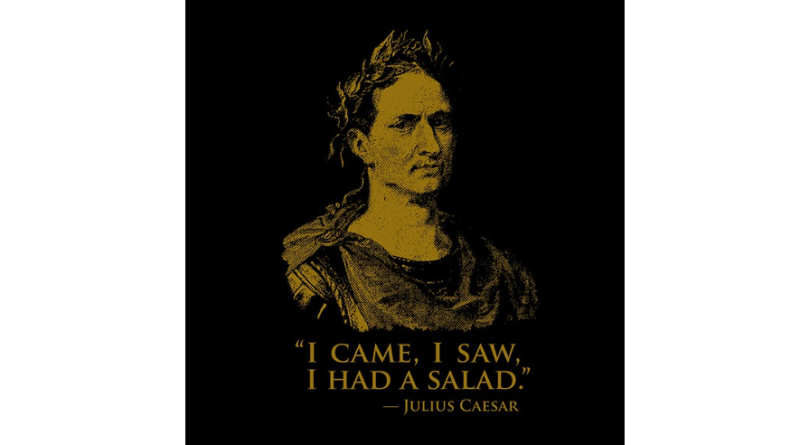 I love croutons. Crunchy, coated with herbs and garlic. And I love Caesar salads. Ever wonder who invented the Caesar salad? I’ll bet you thought it came from Rome, Italy, right? Nope. Guess what? This Italian restaurant mainstay comes from . . . Mexico. That’s right, Mexico.

So our story begins in the era of Prohibition. And our protagonist, Caesar Cardinia, was running restaurants in San Diego and across the border in Tijuana. Now, Caesar was an Italian immigrant who had built a successful business, and as a successful businessman, he realized that he could maximize his profits if he concentrated on his Tijuana operation – after all, he could serve alcohol and people in Southern California flocked to Mexico on weekends so they could freely imbibe and party in their high-heeled sneakers (as the Steely Dan song goes). Good thing there wasn’t a wall.

Now, according to legend (Caesar’s daughter, Rosa), the restaurant was so busy, that they often ran out of food and had to improvise. And according to Rosa, on the Fourth of July in 1924 the kitchen ran out of the ingredients needed for a traditional salad.  So what did Caesar do? Quick thinking, Caesar decided to kind of fake it by going from table to table and personally tossing each patron’s salad. And, since he only had limited ingredients, he made do with a combination of romaine lettuce, croutons, hard-boiled eggs, parmesan cheese, olive oil and vinegar, Worchester sauce, and of course, plenty of freshly ground pepper. Caesar’s patrons loved the table-side preparation and they loved the salad.

Now, after some years passed, the Caesar salad became all the rage in Hollywood. By the time it became the most popular salad in L.A., chefs were adding things to it like chicken or steak. And, soon anchovies were added into the mix. That’s right, the original Caesar Salad didn’t have anchovies. Caesar’s original dressing had that teensy bit of Worchester sauce that gave off the slightest of anchovy taste. So adding anchovies made sense.

Today the Caesar Salad is one of the most popular and best salads out there. When it is done right, it’s a salad sensation.

And that’s the story behind the Caesar salad. Hail Caesar, Bon appétit, and thank you Mexico.