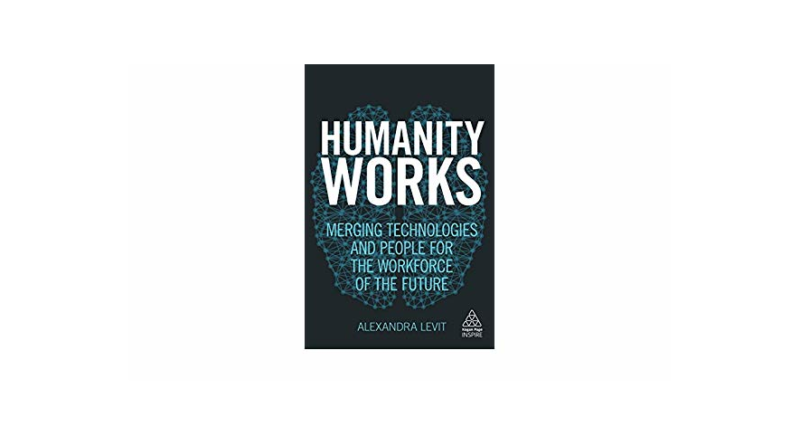 Alexandra Levit is the author of the new book Humanity Works: Merging Technologies and People for the Workforce of the Future (Kogan Page, October 2018). A partner at People Results, she helps Fortune 500 and government organizations and their leaders prepare for the future of work through proprietary research, consulting, and program development. She shares the following special article with TIG:

As a workplace futurist, my job is to determine the impact machines will have on human employment and business generally. One of my main points lately is this: if robots are to take over responsibilities that require them to interact effectively with humans, it’s better if they resemble humans. This quandary has led to the development of the discipline known as affective computing.

According to Richard Yonck in the book Heart of the Machine, affective computing involves the recognition, interpretation, replication and potentially the manipulation of human emotions by computers and social robots. As futurist Ian Pearson told Yonck: “To work well with humans, AI will need to have empathy. Machines will need to have their own emotional responses to the world around them. I’d rather travel in a plane with an autopilot that worries about turbulence as much as the passengers, and I’d rather visit a doctor AI that cares whether I live or die.”

Several applications of affective computing are in the market today. Tel-Aviv-based Beyond Verbal is an emotions analytics company that extracts and identifies feelings conveyed by intonations in the human voice, meaning that robots leveraging the technology could judge your mood and frame of mind in the instant you interacted with them. London- and New York-based Emoshape manufactures an EPU, or emotion processing unit, which can be used in robots to give users the impression that the robot is experiencing emotion.

It’s not hard to see how affective AI could become an integral part of our working lives. Yonck offered the example of an employee who is overdue for a raise. Instead of sitting down with another human to plead her case, the employee might converse with a salary negotiation robot that has instant access to the employee’s performance data and the ability to read her levels of confidence, uncertainty, embarrassment, and frustration.

Just how much more sophisticated can robots get, and how long will it take? For the answer to those questions, we might consult Gordon Moore, the co-founder of Intel, who in 1965 observed that the number of transistors per square inch on integrated circuits had doubled every year since their invention. Moore predicted that this doubling trend would continue, and that by 1975 computer circuits would be 500 times as powerful as they were in 1965.

The fact that Moore’s Law held up for several decades is testament to this ongoing, breakneck speed of technological advancement. And even a modest application of Moore’s Law means that we will see machine intelligence in our lifetimes the likes of which we can’t currently imagine. Even consciousness in machines may indeed arise at some point in the not-too-distant future, but it is likely to exist along a spectrum and present very differently than in humans.

History has shown us that when technology advancements result in the elimination of one type of job or skill category, humans bounce back by developing entirely new jobs and skills. As an example, as far back as Queen Elizabeth I’s reign, the monarch refused to grant William Lee’s patent for an automated knitting machine because she feared for the “young maidens who would be reduced to starvation.”  But advanced weaving technology eventually won out, and surprise, surprise – it created nearly four times as many jobs for people who held jobs in the new weaving factories.

So, at least for the time being, affective computing is an intriguing development full of opportunity for the human workforce. Instead of fearing the “rise of the machines,” leaders and individual contributors alike should focus on honing human skills like empathy, judgment, and intuition – and integrating them into the human/machine hybrid teams that will soon dominate our business landscape.