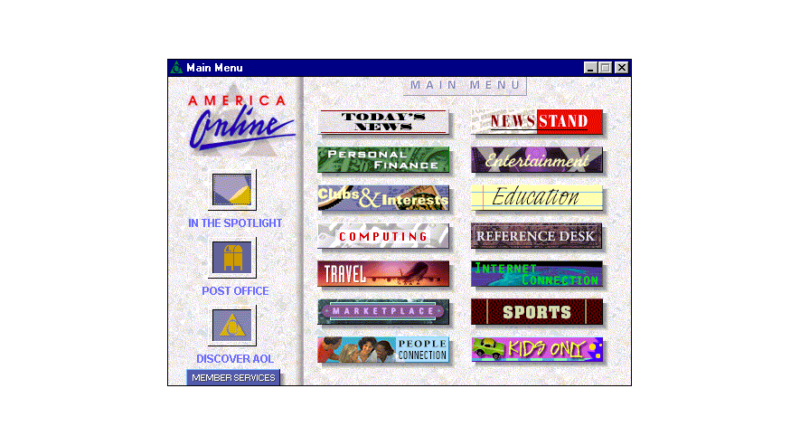 I get a kick out of hearing people ask about social media and ROI. Or how you measure your newsletter’s ROI. Whenever I hear this, my first thought is that they understand little about social media, newsletters and blogs. You see, it’s really about much more than measuring SEO and social analytics. It’s simply how we communicate with one another, and it’s been going on for 50 years. Social communication is just a part of your overall marketing and branding strategy. Let me boil it down – you’re either in the conversation or you’re not. Perhaps a little history will enlighten those who just can’t get their head around the power and popularity of social communication.

It really all began in the 1970s, long before Al Gore invented the Internet. Social really began with the BBS (Bulletin Board System). BBSs were these online meeting places where coders (you had to be a coder back then, there was no Microsoft or Apple and only truly geeky nerds were hip to coding languages) could communicate with one another via a centralized system. It was mostly about sharing games and pirated software, all accessed over telephone lines via modems. Most BBSs were run by hobbyists who nurtured social aspects specific to their interests and pet projects. And since long-distance phone bills could easily go through the roof, most BBSs were local affairs. Think of it as a group of friends from any given community. A social network!

Another pioneering social service was CompuServe, which began life in the 70s as a business-related communications platform. It expanded into the public sphere in the 80s. CompuServe allowed members to share files and was really the first widely used platform that allowed true interaction via forums – the precursor to chat rooms and Reddit. You could even send a private message to a friend (e-mail).

And then there was AOL – in my view, as revolutionary back in the day as Facebook is today. America Online supported member-created communities that had searchable “Member Profiles”. This was targeted social networking at its earliest roots. Users would list personal details that could be accessed by other members – fast forward to today and you can see the embryonic beginnings of LinkedIn, dating sights, Ancestry.com, etc. Social networking on steroids. Social communications. Everyone with a story to tell.

And then in the mid-90s the Internet exploded onto the scene. Yahoo was among the first impactful sites on the street and Amazon was selling its first book. And then the first of what we consider social networking sites came online – Classmates.com. While the earliest iteration didn’t allow for personal profiles, you could search for old school mates – even the gal who turned you down for the prom.

There were other social networking sites such as SixDegrees.com. And by the late 90s the first bloggers were blogging away. Blogging was a huge success and made tons of news. People telling stories about their hobbies and daily life. The power of blogs and vlogs and every other social platform really comes down to one key feature – original content. Compelling content. Social content. Shared content.

The rest of the story you’re probably familiar with. MySpace, Photobucket, YouTube, Facebook and Twitter. Tumblr, Spotify and Pinterest. At the end of the day, it’s just how we communicate. Engage and be talked to and about. Network your name, brand and identity. Get in the conversation. It’s all part of that big bucket called Marketing.

Stephanie is the founder of Designer Marketing Solutions, a specialist in online marketing services and brand management. She is a recognized leader in social media and analytical reporting data pertaining to online brand presence and recognition. Visit her at DesignerMarketingSolutions.com