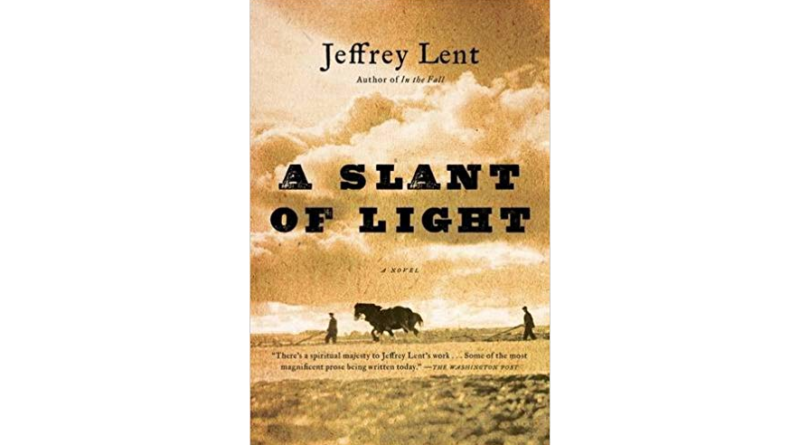 I don’t know of too many avid book readers in our industry. Franklin Karp comes to mind. And I’m sure there are many more. But if you haven’t picked up a book and made time for yourself to just sit and enjoy a good read, here are a few books I’ve read recently that I highly recommend.

The Boys in the Boat. This is an inspiring read by Daniel James Brown that tells the story of nine American boys and their epic quest for the gold medal at the 1936 Berlin Olympics. The backdrop is the late 20s and early 30s and the Great Depression. And the story of how the unlikely rowing team from Washington State took on and beat those venerable east coast colleges that had dominated the sport since its inception. They dared to dream big dreams.

A Slant of Light. I have always, always loved the prose of Jeffrey Lent. I don’t know of anyone else today who writes this well. I think this book stands equal to In the Fall and A Peculiar Grace, both of which I highly recommend. This novel takes place at the close of the Civil War and the return to Western New York of Malcolm Hopeton. It is filled with love, loss, theft and revenge. If you want to experience prose that is hauntingly beautiful and spacious, order this one today.

Los Angeles Stories. From beloved Americana musician, songwriter and poet, Ry Cooder graces us with his first novel, available from City Lights Books. If you like his guitar playing, film scores and lyrics, or if you have ever seen him live and know how personable he is, you’ll love this little ditty. Intrigue and guile in the City of Angels.

Leonardo Da Vinci. Walter Isaacson’s previous best sellers on Steve Jobs, Benjamin Franklin and Albert Einstein are precursors to this majestic, sweeping biography of – arguably – the world’s foremost innovator, artist and disrupter. A creative genius with an incredible life story – do yourself a favor and read this. Learn something. Get creative yourself. I can’t say enough about how much I enjoyed learning about, and reading about, the life of Leonardo.

Missing Links. This is the story of the search for humanity’s origins. Written by the famous photographer, John Reader, who came to paleoanthropology when he reported on Richard Leakey’s African expeditions for Life Magazine. It is a fascinating story of science, with a cast of eccentrics and large egos, and contains outstanding photography throughout. A bit wonkish, but I devoured it over three days and thoroughly enjoyed it.

Do yourself a favor. Pick up a book!