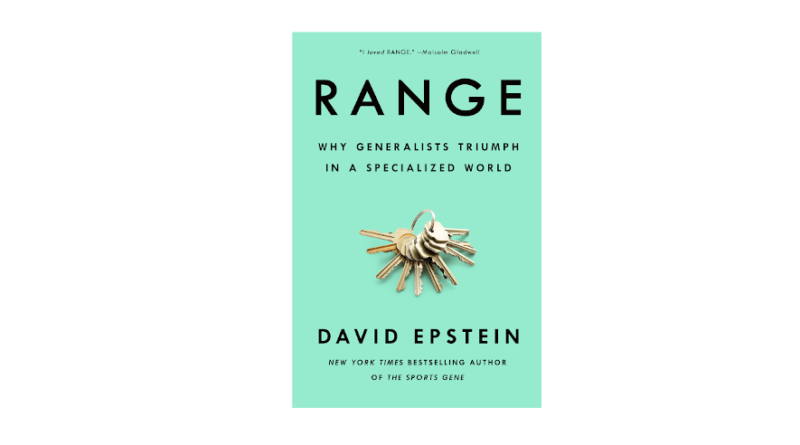 Last summer I had the pleasure of reading David Epstein’s best-seller, Range: Why Generalists Triumph in a Specialized World. The central thesis is pretty straightforward. People who can learn and understand a broad range of information or topics are crucial to a 21st century workforce that is being massively impacted through the rise of AI, big data, robotics and automation.

Throughout the book, Epstein presents an exciting array of some of history’s most prominent and overlooked lateral thinkers. Epstein cites Johannes Kepler’s affinity for analogies and the benefits cross referencing seemingly disparate subjects can yield (particularly in the area of overturning thousands of years of accepted cosmological wisdom). From there, he examines what it means to be proverbially young and wild and change careers or life direction without reaching the top of any given field in order to pursue other interests that perhaps provide better ‘match quality’.

This time last year I paid tribute to Ikutaru Kakehashi – founder of the global Japanese electronic musical instrument brand Roland, whose TR-808 analog drum machine notably reshaped popular music. Kakehashi overcame incredible difficulty in his life with many moments that could have spelled the end of hope. Nevertheless, his broad view on the possibilities of electronic music went on to bring scores of engineers and thinkers from across the globe to give rise to a new golden age of musical instrumentation and production.

Range features a similar character who I had never heard of, but who had literally been in the palm of my hands for years during my youth. Gunpei Yokoi was essentially the project manager of Nintendo’s breakthrough product, the GameBoy. Although Yokoi studied electronic engineering at Kyoto’s Doshisha University (my dad’s alma mater!) he confirmed he was no expert and had a simple dream of keeping the analog machinery of the Nintendo playing card and game factory in proper working order. Little did Yokoi know, however, that his love of ‘tinkering’ and passion for finding new uses for older technology would build a legacy that still stands today, while also likely saving his parent company from falling deep into a sunken place.

The end of July marked the 30th anniversary of GameBoy’s U.S. debut. The sturdy little device combined cheap calculator components from Sharp with Nintendo’s game expertise to launch what is arguably one of the largest markets of any product on earth: personal, mobile gaming. Every game or app anyone plays on a smartphone today is a direct descendant of Yokoi’s novel approach. Recognizing that Nintendo held no prowess in the realm of electronic production, he and his team connected seemingly dissimilar strands of thought into a double helix of pure innovation.

While vertically minded specialists are still central to maintaining a technical edge on the competition, Range helps show that the greatest successes often feature lateralists who throughout time have helped specialists navigate the complex problems their organizations face. Nintendo laid on the verge of dissolution before some of Yokoi’s early ingenious inventions brought them to a level in which their product style would not only survive, but actually sell hundreds of millions of units worldwide!

I’m on the lookout for what innovations of historical significance lie ahead for the home technology sector. What is going to open the doors to a generational shift in how we use technology in our daily home lives? My feeling is it will have to somehow be beneficial for the earth and human health, because the next generation expects us to have answers on what we did to preserve this planet and optimize our well-being. Whether it’s developing and employing safer building materials, more efficient lighting technology, or renewable energy production and storage – I’m certain a collective mission of its caliber will require both the strongest and broadest thinkers among us.

This post is dedicated to Gunpei Yokoi who tragically passed at the age of 56 in an auto accident in October 1997. His philosophy and lateral approach to design, however, has lived on and influenced massively successful products like the Nintendo Wii – the first of its kind, motion-controlled home gaming system.